Networking Is Not Easier When You Are an Extrovert 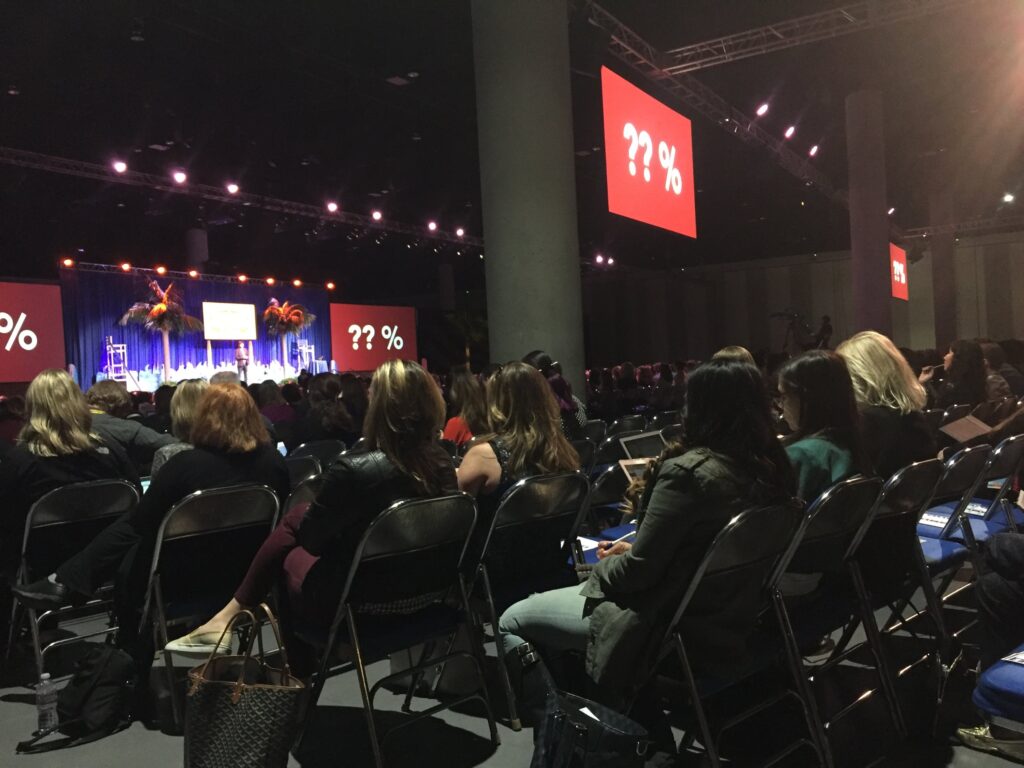 One of the talks at Social Media Marketing World last week was called, “Conference Networking for Introverts: Ninja Tricks and Tips.” The description:

Do you believe there are potentially new connections that can be forged at SMMW17 that can help advance your business or career? Do you want to leave this conference with new contacts, relationships and follow-up meetings already scheduled? And do you feel the only challenge is knowing how to reach out and connect with them?

It’s funny because it’s not the first time I’ve heard someone describe networking as a challenge for introverts.

But you know who else doesn’t like feeling super awkward about trying to find and connect with people at a big event who would be great business and career connections? EXTROVERTS. Networking can be a big challenge for extroverts, too.

I should know, because I am an extrovert.

Introverts get all the glory in the solopreneur world—they love working from home, quietly on their own projects, eating cereal and quesadillas all day in their PJs.

This is not me. I love my business, but I miss working with people. (I do enjoy the quesadillas.)

I’m an extrovert who runs a business solo, works with all of my clients by phone or email only, and spends about 60 percent of the week working from home. I. Get. Lonely.

So by Tuesday night, at an unofficial warm-up mixer for Social Media Marketing World, I was chomping at the bit to chat it up! Even so, I was nervous. That’s because networking events can result in two very uncomfortable scenarios, scenarios that are not mutually exclusive, which means, both can strike at the same exact moment. Ack.

Scenario 1: socially awkward nightmares. The silences. The pauses. The realization that you are talking to someone with whom you have nothing in common. How do you exit without being rude? How do you let them exit, when it’s so clearly what they want to do???

Scenario 2: This scenario only happened to me once at SMMW–it happens to me about once at almost every networking event I attend. A man came up to me, asked me what I do, and then told me that what I do is related to what he does, and then told me how. You wanna know how? … Me, too. I’m still wondering after his explanation. Anyway, sometimes what you do and what I do are two things that are not related. But that didn’t stop this dude from shoving a business card in my hand.

This scenario is a distance cousin of FOMO. I call it: “FONMESHICIBO.” Fear of Not Making Every Single Human Interaction at a Conference Into a Business Opportunity.

Please don’t misunderstand me: I would have been happy to have a conversation with this man. But instead what we had was a sort of in-person reading of each other’s website homepages or the top of each other’s LinkedIn profiles. It was just weird.

Anyway, that’s the bad. There was plenty of good–way more than bad. And for me, a lot of it occurred on Days 2 and 3 of the conference, after I re-listened to a Tim Ferriss podcast episode about how he networked at South by Southwest. Whatever you think of Tim Ferriss, the advice was simple:

Here’s what I learned after incorporating that advice into 2 days of talking my face off with a bunch of marketers who love to talk about business.

Don’t dismiss people: it is OK to have several conversations at a networking event that are unlikely or even absolutely not going to turn into a business opportunity. I had great conversations about the nitty gritty of Facebook Ads–and learned a few useful things!–with people who are never going to be clients of mine.  But they know who I am and they know I know my stuff.

Don’t be a [jerk]: this really didn’t happen at all at SMMW. It really attracts non-jerky people. So I’ll use Tim’s example: a woman asked a speaker what apps he had on his phone, so he showed his home screen to her. From there she grabbed the phone from his hand and texted herself from it so that she’d have his number.

Don’t rush: Tim talked about how to excuse yourself from a one-on-one conversation you’re having with someone at one of these events without making them feel like they don’t “rate” with you and you’re on to find someone else better. This has always been a toughie for me.

His advice: say, “Hey, are you gonna be here for a while? I’m going to go mingle, check out the rest of the event. I’ll catch up with you later.”

Ta-da! You don’t have to go to the bathroom! You don’t have to melt into the floor or the wall behind you. You can just say, “Bye.” Maybe this has occurred to you but it never occurred to me. And I loved it. I used it just as often on people I really felt like I connected with but had spent 20 or 30 minutes talking to.

On the topic of “don’t rush”–unlike Tim Ferriss, I can’t say I single-handedly built my client list for the coming year with his networking ninja skills.

But I made contacts, I had fun, and I’ve already implemented some of things I learned from the sessions and the people I met. In the same podcast episode, Tim talks about how in the lead-up to his life-changing visit to SXSW, 26 publishers had rejected the 4-Hour Workweek. He had finally gotten a deal and he was at the conference to spread the word about his book. The tipping point happened (in a BIG way) but not before he had to prove to himself that he could stay the course despite difficulty. That’s why “don’t rush” is my favorite piece of advice of his. Whether you’re an introvert or an extrovert–so far staying the course has made the biggest difference in my business, rather than following a single method or piece of advice.

And the best thing about don’t rush? It works whether you’re introvert, an extrovert, or anything in between.

PrevPrevious2017: A Marketing “Tactic” That Needs to Die
Next1. Spend 12 Minutes Learning to Use the Facebook Pixel 2. Implement and Make More MoneyNext