What I Learned About Entrepreneurship From ‘Clipless Pedals’ 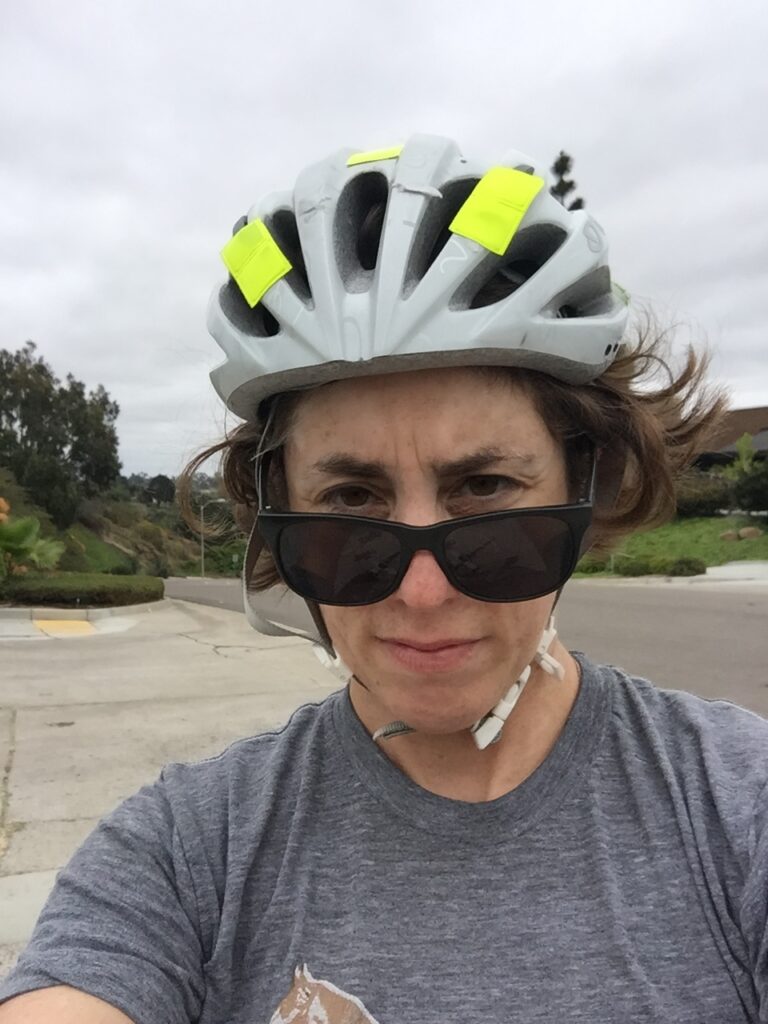 Last weekend I taught myself how to ride my bike with clip pedals (or “clipless” pedals… which are clip pedals?)

I have not been so proud of anything I’ve done since I birthed my baby in October. Seriously. I have been active in cycling and triathlon since 2016, and I could never bring myself to go for clipping in It just too scary. But I finally COMMITTED.

And I realized: achieving a goal is not about trying and getting it right the first time. Or the fifth time. It’s about marshaling all your resources, all your experience, and… leaping. If you’re in business for yourself, this may sound familiar.

So let me take you through how I went from paralyzed with fear to competent in a weekend.

Saturday I get into my driveway, with all the nerdy cycling gear on—the bib, the fun socks the gloves and of course the clip shoes, and I just FREEZE.  I just panicked.

I was out for 2 hours. It was terrible. Like, every single minute. I alternated between 1 hour cycling. 1 hour not cycling and staring at my bike and flipping the eff out.

But here’s where a glimmer of hope came in: everything I do in my business to will myself to take a risk, I did on this bike ride and it helped me ride for that 1 hour. During one of my freakouts on the sidewalk, I set a SMART goal, lol. I said, “I’m gonna do 5 laps on this street and if I still hate it, I will stop and that will be it for the day.” At lap 3, I really wanted to quit, but I was like, “Maggie, you said 5. How are you going to tell this story later if you don’t complete 5?”

I did the 5 laps, which was about 12 miles, and then I was like, “Ok, no really. I still hate it.” And I “gave myself grace” as the church folks say, and I stopped. I went to Starbucks. I rode shakily home. I got off the bike and I said, “I don’t know if I’m ever going to do that again.”

Next day (Sunday) I think about trying again all day long. Finally at 4 pm my husband is like, “Didn’t you say you were gonna prac-” I’m like GET OFF MY BACK YOU MONSTER!!!

And then I put those shoes on and got back out there. I was still shaky at first, but no falling. I rode for just about 30 minutes, (same street, no traffic lights.) and at the end I was said to myself, “I’m doing this. It’s just a mind game now bc my body gets how to clip in and out and I’m not wobbly anymore.”

So, a little better. Monday I set my alarm for 5:30 because I want to practice again. 5:30 comes and the first thing in my head is

Well I may not have much clip pedal experience but I have plenty of practice getting up early. So I swigged the coffee. I got the shoes on.

I clipped in the driveway and I just. WENT. No hesitation. I started to visualize my first tri race (hoping to do one in August) and how much better my bike time will be because I’m riding with these pedals.)  I visualized actually keeping up with my husband on a  group ride. And then I thought about how my husband told me the night before how he was proud of me.

How he told me if it hadn’t been for me taking up triathlon a couple of years ago, he’d never have started cycling in the first place (he now regularly bikes 100 miles a week.) How I used to worry he might have a heart attack in 10 years bc he ate like shit and never exercised, and I don’t worry about his health anymore, and it’s actually because HE was inspired by ME. ME! The person who always got picked last!

At this point I turn right instead of left and I get on a street with traffic lights, you guys! Traffic lights! And I practiced for half an hour, unclipping and clipping with _relative_ ease. I realized, “this was 3 hours, just THREE TINY HOURS OF MY LIFE devoted to practicing over 3 days total and look how much better I am. OMG I’m so glad I didn’t quit!”

And here’s what I learned in those three hours about how to overcome my fear and take a risk. This is what worked for me:

“I just have to make it to that stop sign.”

“I just have to make it to that flower bush.”

“I just have to make it to the end of the street.”

That’s what kept me going when I wanted to stop. It’s great to keep your eyes on the big prize, but for me, whenever I wasn’t sure it was possible, it helped to have microgoals.

So there you have it. Dying to know what you think. Have you tried those “damn clipless clippy pedal things,” as my friend David calls them? 😀 Have you had another experience like this? Brag about it in the comments!